As more lawyers begin to dabble with Gun Trusts we are seeing many who do not understand firearms and their unique nature which can often involve criminal penalties related to the improper transfer, possession, and use related to firearms or ammunition.

While it is fine to transfer a pair or sox, coins, most personal property to your trust without doing anything other than assigning it, the transfer of restricted items like firearms or ammunition is a different matter. If you can sell a gun to an individual in your state without going through a dealer you should be able to transfer a firearm to your trust without going through dealer. This is the case in most states.

In a few states like California, Colorado, Connecticut, DC, Illinois, Iowa, Maryland, Rhode Island, Massachusetts, Michigan, Nebraska, New Jersey, New York, North Carolina, and Pennsylvania where all personal transfers of some or all firearms must go through a background check, there may be no exception for transferring a firearm to a trust even if it is your own trust. Sure an argument could be made that there is no transfer and as such you should not have to go through a dealer, but why would one take the risk.

END_OF_DOCUMENT_TOKEN_TO_BE_REPLACED 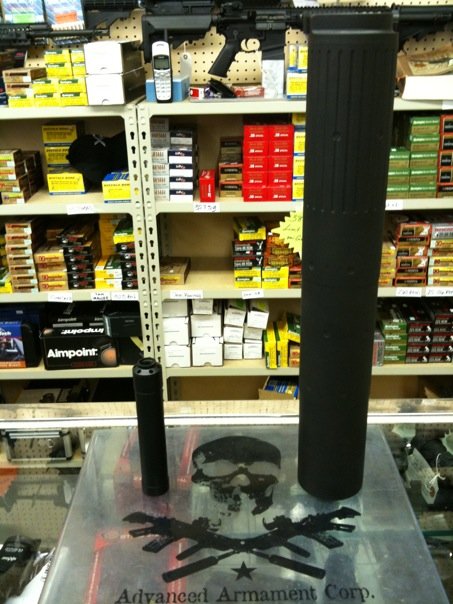 In states where hunting with suppressors have been legalized, we have seen substantial increases in the sales of suppressors and the wait times for approval from the ATF have also increased. Many states that have legalized suppressors still have CLEOs who refuse to sign for individuals to purchase them. An NFA Gun Trust or a more flexible Gun trust can not only avoid the CLEO signature requirement in most states, but can also provide many benefits to firearms owners and their families. To learn about the benefits, please fill out the contact us form at the top of this page and request information on what a gun trust is and how they may benefit you.

Remember these laws change frequently, so please verify this with your state prior to hunting with a suppressor.

END_OF_DOCUMENT_TOKEN_TO_BE_REPLACED

If you have a NFA Firearms trust and live in Pennsylvania you should take the PA statute 2203 into consideration.  In Pennsylvania and many other states a surviving spouse has a right to an elective share of the decedent’s estate.  Generally these are around 1/3 but vary by state.

The elective share is designed to make sure that the surviving spouse is not disinherited from the spouse when they die.  In PA the spouse is entitled to 1/3 of property owned by the decedent including property in a revocable trust.

END_OF_DOCUMENT_TOKEN_TO_BE_REPLACED

Each state can impose additional restrictions on the sale, purchase, and transfer of class 3 firearms in addition to the compliance that is required with the national Firearms Act.

18 PA.C.S. § 6103 deals with crimes committed with firearms. Specifically, “If any person commits or attempts to commit a crime enumerated in section 6105 (relating to persons not to possess, use, manufacture, control, sell or transfer firearms) when armed with a firearm contrary to the provisions of this sub-chapter, that person may, in addition to the punishment provided for the crime, also be punished as provided by this sub-chapter.” (18 PA.C.S. § 6103).

18 PA.C.S. § 6120 states, “No county, municipality or township may in any manner regulate the lawful ownership, possession, transfer or transportation of firearms, ammunition or ammunition components when carried or transported for purposes not prohibited by the laws of this Commonwealth.” This type of language is known as a Preemption Clause and denies all counties, municipalities and townships from regulating the ownership, possession, transfer or transportation of firearms or ammunition.

To fully understand the limitations, one must look to the definition of a “political subdivision.” A political subdivision is defined as “any home rule charter municipality, county, city, borough, incorporated town, township or school district.” (18 PA.C.S. § 6120). Furthermore, a dealer is defined as “any person engaged in the business of selling at wholesale or retail a firearm or ammunition.” (18 PA.C.S. § 6120). Moreover, “firearms” is  to have the meaning given to it in 18 PA.C.S. § 5515 (relating to prohibiting of paramilitary training) but shall not include air rifles as that term is defined in 18 PA.C.S. § 6304 (relating to sale and use of air rifles).

PA’s firearm laws are consolidated in Title 18, Chapter 61, Sub Chapter A, which translates to 18 PA.C.S. § 6101 et seq. This sub-chapter is known as the Pennsylvania Uniform Firearms Act of 1995 (PA UFA). (18 PA.C.S § 6101). Since the PA UFA has numerous sections, §§ 6101-6127, including subsets thereof, this article will set forth the sections of the PA UFA for quick reference purposes. Separate articles on each section will follow in the future. One of the most important sections is 18 PA.C.S. § 6120, which is a preemption section, denying any county, municipality, or township the power to regulates firearms other than the PA State Legislature.

18 PA.C.S. § 6104 deals with what constitutes intent in relation to 18 PA.C.S. 6105, prohibited  persons. “In the trial of a person for committing or attempting to commit a crime enumerated in section 6105 (relating to persons not to possess, use, manufacture, control, sell or transfer firearms), the fact that that person was armed with a firearm, used or attempted to be used, and had no license to carry the same, shall be evidence of that person’s intention to commit the offense.” (18 PA.C.S. § 6104).

Pennsylvania’s UFA: Persons not to Possess, Use, Manufacture, Control, Sell, or Transfer Firearms