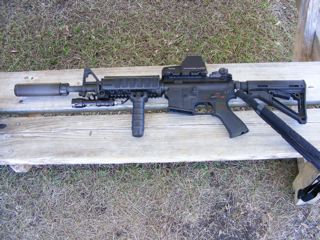 With the recent discussions about the potential federal ban on assault weapons being reinstated,  I thought it would be interesting to see which states already have bans on Assault Weapons

District of Columbia prohibits new acquisition of handguns and any semi-automatic firearm capable of using a detachable ammunition magazine of more than 12 rounds capacity and any handgun not registered after February 5, 1977  (parts recently ruled unconstitutional).

Massachusetts: It is unlawful to sell, transfer or possess “any assault weapon or large capacity feeding device” [more than 10 rounds] that was not legally possessed on September 13, 1994 and the sale of handguns not on the Firearms Roster. The City of Boston has a separate “assault weapons” law.

New York  bans “assault weapons” unless lawfully possessed or manufactured prior to September 13, 1994.

Ohio: Some local jurisdictions use to ban “assault weapons.”, but because of a Ohio Supreme court case, all of these laws are unconstitutional under the preemption doctrine recognized by Ohio.

NOTE  the picture above is an Assault weapon that is also a SBR and has a silencer.
Contact Us Online