What is probably the most serious threat to American gun owners in decades may achieve much of what many of the new bills before Congress are trying to achieve.

The UN Gun Treaty should ban the future transfer of most small arms (pistols, and rifles) if those guns could cause damage to another state. While this makes sense for a submarine, missile or nuclear bomb, the Treaty makes no provision for the difference between a Glock and a nuclear bomb.

For several years the NRA has talking about what it depicts as an international conspiracy to “grab your guns” or “restrict rights to buy certain firearms in the future.”

END_OF_DOCUMENT_TOKEN_TO_BE_REPLACED

A few years ago the NRA ran a similar special and I am always getting asked if I know of any specials for life members. If you follow this link you can get the $1000 NRA Lifetime membership for only $300.

The Second Amendment Foundation today won a significant victory for concealed carry when the Seventh Circuit Court of Appeals let stand a December ruling by a three-judge panel of the court that forces Illinois to adopt a concealed carry law, thus affirming that the right to bear arms exists outside the home.
END_OF_DOCUMENT_TOKEN_TO_BE_REPLACED

Lawyers in other states are always asking where they can learn about NFA Trusts and Gun Trusts. Here is an opportunity to learn about advanced planning with gun trusts for your clients.

I have been asked by the American Bar Association to present a CLE which will be available to lawyers and non-lawyers on the use of Gun Trusts to protect firearms from changes in future legislation. For those who are not familiar it was the ABA Journal that wrote an article on my a few years ago about the creation of a new area of legal practice dealing with Gun Trusts The print version of the article was In Goldmans Guns Trust and an online version is available under Florida lawyer Fashions Gun Trust (And Niche Practice).

END_OF_DOCUMENT_TOKEN_TO_BE_REPLACED

The 133rd Federal Congress is being bombarded with Firearms Legislation. (No pun intended)
One of the latest is Senate Bill 150 by none other than Sen. Diane Feinstein (D-CA)

The Firearms Policy Coalition has provided a nice summary of the 120+ bill that would almost restrict every firearm other than a revolver. I am sure that restriction will come in a second bill.

Summary: S. 150, among other things, would ban the sale, transfer, manufacturing and importation of:

Unlike the 1994 assault weapons ban, Senate bill 150 does not include a sunset possession that allowed the original federal ban to expire. The bill also requires a background check on all sales or transfers of grandfathered firearms; prohibits the sale or transfer of large-capacity ammunition feeding devices lawfully possessed on the date of enactment of the bill; allows state and local governments to use federal funding to buyback grandfathered assault weapons and large-capacity ammunition feeding devices; imposes a safe storage requirement for grandfathered firearms; and requires that assault weapons and large-capacity ammunition feeding devices manufactured after the date of the bill’s enactment be engraved with the serial number and date of manufacture of the weapon. Assault weapons used by military, law enforcement, and retired law enforcement; antique weapons, and firearms manually operated by a bolt, pump, lever or slide action are exempted from S. 150.

There are a few organizations you can join to help fight overreaching gun legislation. By visiting the FirearmsPolicy.org webpage you can help support the following gun rights organizations. I recently joined all of them and would encourage as many of you as possible to join 1 or more.

Continue reading to see the other 26 firearms bills which have been introduced in the last few days.
END_OF_DOCUMENT_TOKEN_TO_BE_REPLACED

President Obama is speaking about Guns at this time 12 PM and he is making many executive orders as well as calling on Congress to pass legislation on the following.
1) universal background check for purchases from dealers or individuals 2) restore bank on military style assault weapons 3) ban on magazines > 10 rounds 4) help law enforcement, make laws and punish those who buy guns for others.
5) more cops back on the job and streets
No word yet on existing items that are already owned unlike the gun laws signed into effect in NY yesterday.

Today, the President is announcing that he and the Administration will:
END_OF_DOCUMENT_TOKEN_TO_BE_REPLACED 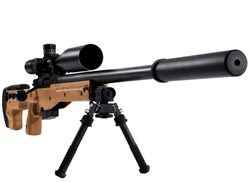 Silencerco is introducing two new rifle center fire suppressors at the Shot Show in Las Vegas this week. The retail price of this series is $899 with a mount.

The three features for the SPECWAR include:

END_OF_DOCUMENT_TOKEN_TO_BE_REPLACED

As Obama was running for President he claims he will not take our guns away. Now it seems that the only way we may be able to protect our guns against future legislation he will likely sign may be to put our guns in a Gun Trust.

Thanks to the JFPO for bringing this video to our attention. Perhaps it’s not what he says but what he obviously doesn’t say. Obama said nothing about high-capacity magazines, semi-auto pistols, nor semi-auto guns like the AR15. I am sure he will find a way to reconcile his words with his actions.

END_OF_DOCUMENT_TOKEN_TO_BE_REPLACED

A Gun Trust is designed for all of your firearms even if you do not have any Title II firearms. Title II firearms are sold by Class 3 Dealers and include Silencers, Short barreled rifles and shotguns, AOWs, DDs and full automatic pistols and rifles.

While it is not necessary under the current laws (2012) to have a Gun Trust to allow others to use or be in possession of your firearms, there are rumors that many firearms that are currently classified as TItle I firearms may become Title II firearms and controlled under the National Firearms Act. If this happens we will all have to be careful about constructive possession and may lose the ability to transfer these firearms to others, may have to pay a transfer fee to transfer them to others, or may lose them upon our death.

A Gun Trust can allow you to allow others to have access to your firearms and even become the person in control of them after you die. While a regular Gun Trust can your beneficiaries to use and have access to the firearms there is a risk that the people who would receive the benefit after your death may not be able to actually realize the full benefits from the value of your guns.

END_OF_DOCUMENT_TOKEN_TO_BE_REPLACED

It appears that a former deputy in NY had some firearms that had been previously seized by the police in his personal possession even though they were suppose to be destroyed. One of the items in his possession was a silencer. While it appears that active duty police are permitted to have silencers, once they are no longer a police officer they cannot possess them. The specific details on how he received the silencer are not know, but even if he legally possessed it, once he was no longer a police officer his possession in NY would be in violation of the law.

We are often contacted by NY police officers wanting to set up gun trusts to buy silencers in NY and generally advise against it because of the risks of separation from the police and the consequences. Some police officers form trusts and buy and keep NFA firearms in other states where they are legal but it is risky to bring them to NY.