THe BATFE defines a fiscal year as October 1 – September 30 of the following year. The NSSF has compiled a chart showing the number of silencers sold in the past few years. Over the past few years there has been an increase in the number of silencers transferred in most states. In 2008 there were slightly more than 15,000 silencers and by the end of fiscal year 2010 there were more than 22,000 silencers transferred. 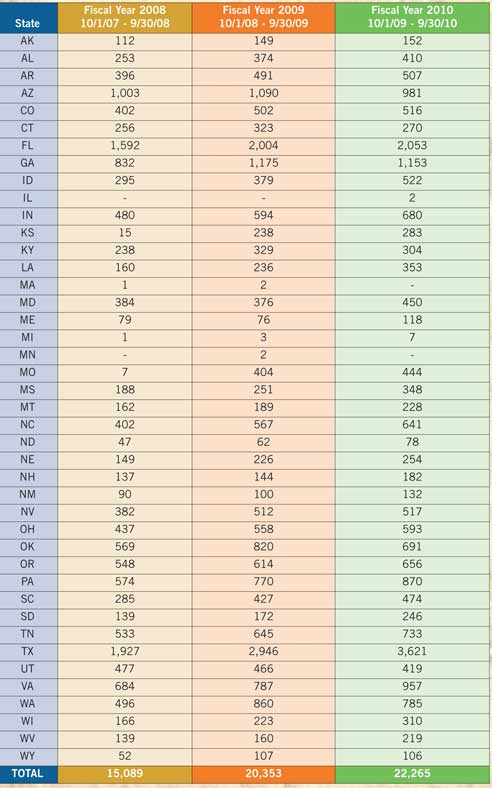