On the 11th of February, Michigan became the 38th state to permit the use a suppressor while hunting. The change became effective on the 11th.  The restrictions related to the amount of noise reduction and use with subsonic ammo were removed at the last minutes by amendment.  You can now hunt in Michigan with a suppressor and subsonic ammo.

Suppressors are now legal in 41 states and legal for hunting in 38 of those states.  Below is a map from the American Suppressor Association. 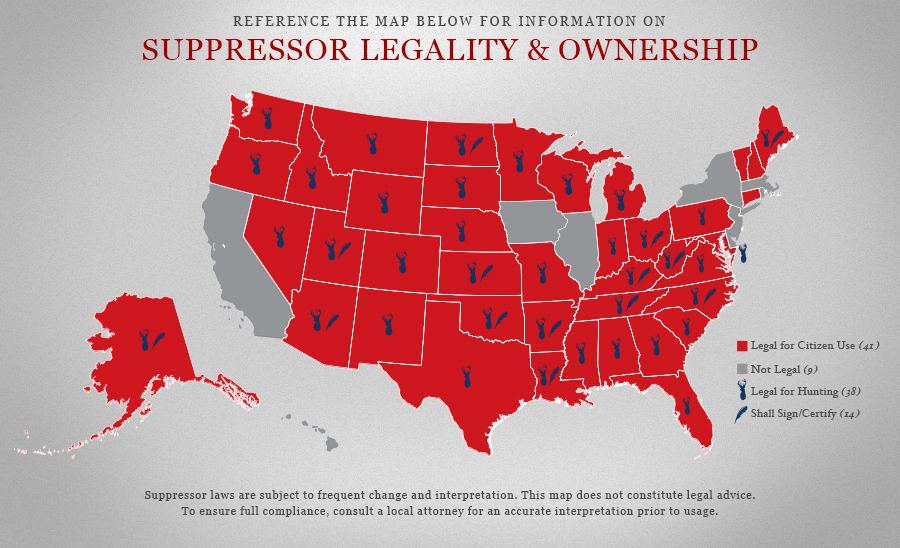 The best way to own a suppressor is by using a Gun Trust.  A gun trust permits multiple users of users of a suppressor as well as permits changes to the authorized users in the future.  To find out more about how a gun trust may benefit you or your family, request information on this page.