Yesterday I met Dick Heller at the Shot Show in Orlando.  He autographed a card and asked that it be copied and distributed to others.  I will post it when I get back to the office next week.

Dick Heller and two other plaintiffs filed suits against the District of Columbia’s revised gun laws. The complaint challenges the following provisions of D.C. law: 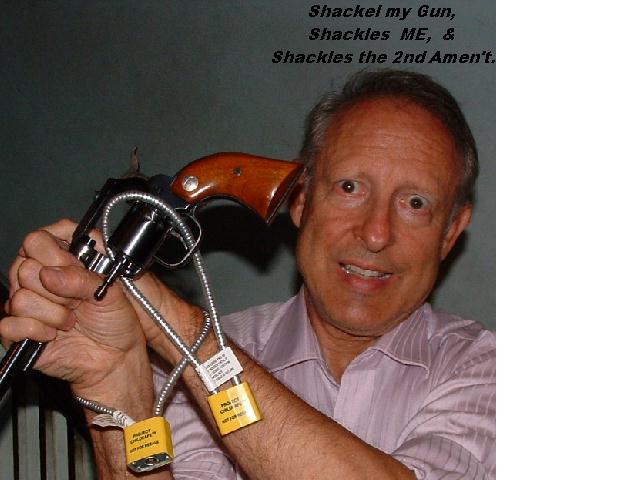 There are some other problems with the new D.C. law. Handgun possession is allowed only for a person who wants the handgun for home defense; it is illegal in D.C. to acquire a handgun for recreational target shooting, to practice marksmanship before enrolling in the military or joining a police department, or for lawful hunting Maryland or Virginia. The only time that a gun can be unlocked is when it being used for self-defense against an immediate attack; accordingly, it is illegal to remove the lock from an unloaded gun in order to clean the gun. The problem would be resolved by the requested relief of enjoining all enforcement of the gun lock law against defensive firearms.

Attorneys in the case are Stephen Halbrook and Richard Gardiner, of Fairfax, Virginia. They both been involved in firearms law and policy for three decades, and they are excellent lawyers. Halbrook has a 4-0 record as lead counsel in Supreme Court cases.

Although Heller and his team funded the original litigation on their own they have set up a foundation to help fund this litigation.